Team up with a small group of friends and explore the universe together, or be joined by random travellers.

Help friends to stay alive, or prey on others to survive.

Fight as a pirate or a wingman in epic space battles with friends and enemies.

Group up to build communal bases, farms, and racetracks, and share your creations with all players online.

Explore the galaxy at your own pace, or progress together from the very start of the game and all the way through the story.

Progress together through the tutorial and story, or explore freely.

Invite your friends aboard your Freighter and take on challenging multiplayer missions from the Galactic Commission Station on your bridge.

Communicate with other players vocally using a headset, and / or converse using text chat on PC.

In-Game Community Content
Soon after the release of No Man’s Sky NEXT, Hello Games has planned its first season of weekly content and community events.

This will be free for all players, with no microtransactions. Take part in these community missions to unlock new rewards and customisations.

Players will also be able to interact with Xbox One Mixer streamers by helping or hindering their gameplay.

Galactic Atlas Website
NEXT marks the launch of a new website dedicated to the community, which we’re calling the Galactic Atlas.

The site features points of interest in the No Man’s Sky Euclid Galaxy, and will grow in functionality and expand over time, in part through your feedback.

Base Building
Bases can now be built anywhere on any planet, high in mountains or underwater.

Hundreds of new base parts have been added to unlock more creative possibilities.

Teleporters can now be built anywhere on the planet surface, and the teleporter menu has been reworked for ease of use.

Base complexity and size limits have been dramatically increased.

Players can own multiple bases, spread across regions, planets or star systems.

Sculpt the terrain around your base with the improved terrain manipulator.

Third Person
The game is fully playable in third or first person, both on-foot and in ship.

Ship controls in both views now allow for true low flight mode across the surface of planets.

Communicate with other players using expressive gestures available from the quick menu.

Character Customisation
Construct an Appearance Customiser in your base or freighter to personalise your appearance.

Freighter Enhancements
Assemble and upgrade a fleet of frigates, each specialised to excel in combat, exploration, trade, industry, or support. Command your frigates from the bridge of your freighter to complete real-time fleet missions.

Call on your fleet for assistance in space battles, or deploy them to help you explore a specific system.

Crafting and Resources
All core substances and resources have been reworked and rebalanced to increase consistency and realism.

Planetary resources have been expanded, with unique substances and items to find and refine based on the planet’s biome and weather, as well as stellar classification.

Deployable tech can be picked up and carried in your inventory.

Crafting is deeper with the addition of buildable refiners. Convert raw substances into more valuable materials for constructing advanced products and base parts.

Experiment with refiner recipes to discover all the possibilities!

Set short-term goals by tagging the markers of points of interest.

Pinpoint your exact location on a planet with visible latitude and longitude coordinates.

Missions and Structure
The opening section of the game has been overhauled, introducing new story elements and an early taste of advanced gameplay features, as well as a new mission chain for players with bases.

The universe is more diverse than ever with colour palette variety, dense forests and large trees, and abandoned and empty systems.

New dynamic tessellation enables detailed terrain height maps without sacrificing performance. Tessellation will be rolling out in parity to all platforms that can support it very soon.

UI Overhaul
The HUD has been remixed to both improve readability and reduce intrusion on the gameplay area.

The visual location of messages is better prioritised to help emphasise critical information.

Inventory stacks can now be split for a more streamlined experience.

Players with freighters can summon any of their personal starship fleet at any time.

Maintenance and repair interactions have had a visual and functional overhaul. Repairs now take place ‘in-world’, and can be carried out in incremental stages.

Use the Terrain Manipulator to locate buried technology modules and turn the salvaged components into new base parts with the Blueprint Analyser.

Some creature types will herd together, grazing and fleeing from danger as a group.

Creatures now respond more enthusiastically to being fed, recognising you as a friend and alerting nearby creatures to the food source.

Sentinel behaviours and animations have been improved. Players can stand their ground in combat, or take advantage of the time between reinforcement waves to escape and find a place to avoid Drone scans and searches.

Find Navigation Data and use it in the overhauled Signal Booster to locate planetary structures.

Survive the threat of new hazardous flora and fauna. Be careful if you touch the eggs…

Audio
Creature voices are now more diverse, and NPC vocals have been updated to match their new set of animations.

New foley for the player character is audible throughout the game.

Ship sounds and combat audio have been improved.

• New animations for players, as well as NPCs and creatures

• System and animations for gestures

• Player character turns to look at points of interest

• New get in / out of vehicle effect

• Warping in ship is in third person

Bases
• Bases can be built anywhere

• Players can own multiple bases

• Hundreds of new base parts

• Improved terrain editor modes and options to be more intuitive

• Bases can now be deleted

• Increased base building radius and made it expandable

• Enabled downloading more than one external base from other players

• Overhauled base building inside player freighters

Crafting and Resources
• Reworked and rebalanced all core substances and resources

• Deployable tech can now be picked up

• Points of interest can be tagged from analysis visor

• All player owned ships can now be summoned

• Save slots are now sorted by timestamp

• Galaxy map can show multiple markers for each system

• Can pin base building recipes on the HUD

• Reduced situations where cave props can be spawned above ground

• Improved terrain lods and visuals when flying in from space

• Balanced intensity of lights in the Atlas station

• Improved imposter visuals and lighting to better match nearby objects

• Added terrain objects which cannot be destroyed by player ships

• Improved vertex displacement on flags to make them wave nicer

• Improved smoke and damage effects on ships and distress beacons

• Added a small ramp to the drop pod for easier access

• Improved matching of creature body parts to their role

• Must use the terrain editor to mine resource deposits

• Nada + Polo’s tasks are now tracked in the Mission Log

• Increased the number of Exosuit cargo slots available to purchase

• Increased crafted item stack size in the Exosuit to 5

• Added ability to slide down cliffs

• Ship weapons can be used against ground targets

• Improved low level flight, with destruction of terrain objects with which you collide

• Combat scope module for the Multi-Tool

• Personal forcefield module for the Multi-Tool

• Sentinel drones can repair quads and walkers in battle

• Fixes for several uncommon out of memory crashes

• Fixed transition between lighting when flying to space

• Prevented dead planets ever having atmospheres

• Fixed rocks showing up as the wrong colour on frozen biomes 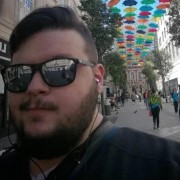