The servers are now down for maintenance to deploy Update 1.4. Estimated downtime: 3 hours. pic.twitter.com/2mrPSRkWpw 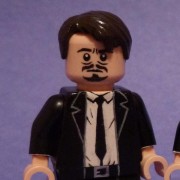